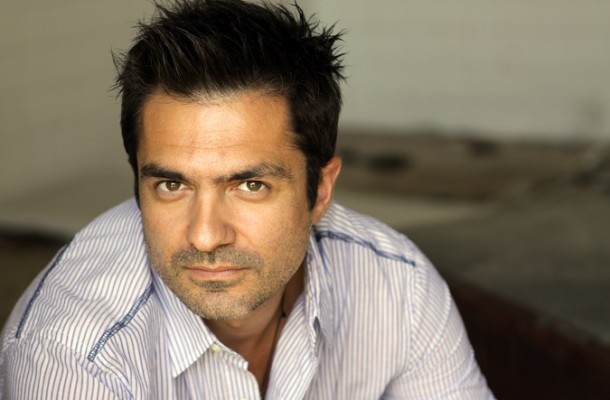 The DJ
From the ancient city of Athens Greece, Best Seller is slowly becoming one of Greece’s finest exports. His
‘love affair’ with music started at the tender age of 6, and has eventuated into a fruitful 25 year career in
music. Best Seller’s reputation has been firmly based on his dynamic sets that have been performed both
domestically and internationally.
These sets have taken DJ/Producer around the globe, ‘wooing’ audiences everywhere he goes. His highly
energetic and enthusiastic style is testament to his passion for, and understanding of, music.
Best Seller has showcased his talents globally, from the historic cities of Europe (such as Athens and Koln), to
the sun drenched, sand – filled, party islands of Greece. It is his residency at Space Dance, Mykonos (Greece)
and Tropicana Beach Bar, Mykonos (Greece), which firmly put Best Seller on the map domestically. Best
Seller has built a formidable reputation in his home country, which has enabled him to be at the forefront of
the vibrant Greek electronic dance scene.
Best Seller has already completed 2 Australian tours performing in the biggest clubs of the country TRAK
(Melbourne), Alumbra (Melbourne), Neverland (Melbourne), Silk Road (Melbourne), Bill Boards
(Melbourne), Ocean Blue (Melbourne), Fashion Lounge (Melbourne), Home (Darling Harbour, Sydney) and
Pontoon (Darling Harbour, Sydney), to name a few…
In 2013, Best Seller cemented his new residency at the exclusive PIXI Night Club in Athens, where his “BEST
SELLER FRIDAYS” nights has become “the place to be” in Athens. At Pixi, Best Seller presents with his own
unique style, an EDM night for “clubbing and dancing”.

The Artist
Artist – Producer Best Seller has also done “big things” domestically and internationally. In 2009 he releases
along with Stefano Pain the track “Insanity”, a track that caught the attention of Nari Milani, who decided
to remix it for the release though RISE RECORDS.
During his Australian tour in 2010, he collaborates with Australian Idol finalist, producing a sultry summer
‘feel good’ track titled: “Best Seller feat. Laura Simone – Season for Love (Best Seller Club Mix)”, which was
signed and released on Subsonic Records, Australia (2010).
2011 provided to be a fruitful year for Best Seller, who was responsible for remixing French artist IMANY and
her hit song ‘You Will Never Know’. This monster unofficial remix has received massive radio and club play
in Greece, Albania, Italy, Turkey, Lebanon, Cyprus, Lithuania, Kosovo, Poland and Lithuania, and has
collectively achieved more than 5 million views on Youtube, and it was one of the biggest hits for the
summer of 2012 all over Greece http://youtu.be/7aU6cksCRkI
In 2012 Best Seller signs to Australian independent dance label ‘SUPASTAR RECORDS’, which has
immediately impacted on his career, allowing him to collaborate with Universal Music Greece, and Universal
Music Australia. The same year he remixes one of the biggest bands in Greece “Melisses” and their track
“More than That”.
In 2013, after his third Australian appearance, he signs with Universal Music Australia for the remixes of the
upcoming single “Threads of Silence” from Karise Eden, who was the winner of the Australian “The Voice”.
Coming back to Greece, he releases his first mixed CD called “PIXI” *COBALT MUSIC+, which is the first official
EDM CD in Greece. Also, he releases his track “Lullaby” with Bootylicious Records, a track that was
immediately included on Bootylicious’ Miami 2014 Compilation CD. The same year (2014) he releases his big
single “We Run Away” feat Chris Kid, also from Cobalt Music.
All of Best Seller’s collaborative work seeks to highlight his determination and commitment to bringing high
quality dance music to the clubs of the world.