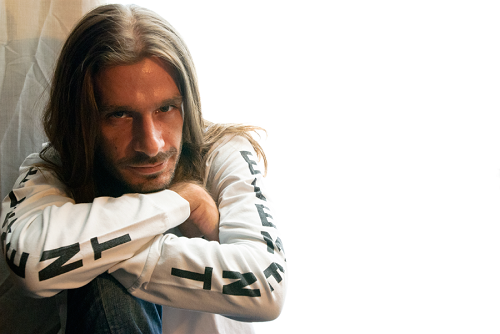 Vasilis Kontis was born in Genοa – Italy in 1980 and lives since 1983 in Athens,
Greece. He was inspired by his grandfather, a famous musician at the time, thus his
passion for the music started since he was a kid. At the age of 14 he begun mixing his
first dance music on public dance stages, using vinyl records. His stage name was
TRIXX, which he kept until today.
He studied Business Administration, Marketing and Multimedia design in Greece and
he worked in this field until 2013. In parallel he played House – Tech House music at
big dance stages in Athens and other places around Greece, next to well-known Greek
and foreign DJs and producers. The experience and friction with them made him
deepen his knowledge even more and he started combining natural sounds with
electronic music and vocals. It is his aim and desire to get his audience to feel and to
dance his music.
In 2012 the partnership between Vasilis and his good friend and creator of the “Music
Is Not A Contest Project”, John Chouliaras (aka JC) was launched. Since then they are
moving together the dance scene in Athens and surrounding areas.
In 2013 Nuestramusica*, one of the biggest label, booking & productions in Greece,
took him into their team and gave him the chance to further develop his talent and
skills. Currently he plays music at events and dance stages as guest DJ and in parallel
he started his own music productions.
Some of his most important gigs in 2014 have been at Suss.Wan Gersten-Berlin, at
Terraza Club -Athens, Island Club –Varkiza, NID Club –Athens, at Pixi and Dybbuk –
Athens.

Hall of fameTrixxWelcome to my House